There are many ways to prevent plosives in voice recordings. My favorites are the simple ones. When I record voice my first two lines of defense are:

A few weeks ago my friend and colleague Ethan Friedericks was recording a child actor. She was very professional and did a great job, but Ethan and I noticed some “p” popping despite good mic placement, a low rolloff, and a nylon covered pop filter. I’d heard of people using a second pop stopper, but never actually witnessed it. On a break we decided to try it, and it worked like a charm.

WHY DOES IT POP?

I find that choosing a technique has a lot to do with root causes; understanding why plosives happen can lead to a solution.

When we form P, T, and B letter sounds a gust of air leaves the mouth. Just put your hand in front of your mouth and feel the blast you create. Microphones convert moving air patterns into electrical patterns. The burst of air from P, T, and B sounds has significantly more force on the microphone element than other air vibrations made by a mouth. The sound of the air hitting the capsule is unnatural and distracting. With rare exception (beat boxing) plosives are undesirable.

The sound of the air alone usually isn’t too distracting or difficult to avoid. But another factor creates the real challenge: Proximity Effect.

Directional microphone patterns — such as cardioid — overemphasize bass frequencies at close range. A gust of air up close can sound like a bomb going off, especially with a monitoring environment that allows listeners to hear the bottom octaves.

Most techniques for minimizing plosives either address the gust of air, or the exaggerated bass response of proximity effect. But there is one approach that deals with both: mic distance.

Each of these approaches has audible side effects, so it’s nice to have options. As you may have noticed, I will often use several techniques at the same time. Happy voice recording! 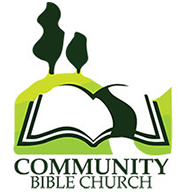 Install this Community Bible Church on your iPhone

and then Add to Home Screen